The 2019 Nobel Prize in Economics: What Does it Mean for Development?

Please join us on Friday, January 24th for a panel discussion with Georgetown faculty and gui2de affiliates Jishnu Das, Shanta Devarajan, and Billy Jack. The event will take place in ICC 700 from 2:00-3:15.

The 2019 Nobel Memorial Prize in Economics was awarded to Abhijit Banerjee, Esther Duflo and Michael Kremer “for their experimental approach to alleviating global poverty.”  Three Georgetown development economists, Jishnu Das, Shanta Devarajan and Billy Jack, will discuss the significance of the prizewinners’ work and its implications for how we teach, research, and promote international development at the university. 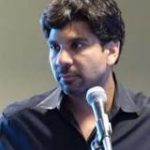 Jishnu Das is a professor at the McCourt School of Public Policy and the Walsh School of Foreign Service at Georgetown University. Jishnu’s work focuses on health and education in low and middle-income countries, with an emphasis on social markets, or common, but complex, conflagrations of public and private education and health providers operating in a small geographical space.

As part of this research, he has co-developed the largest and longest-running cohort study on learning outcomes in low-income countries and has led an agenda on the measurement of healthcare quality in low-income countries. The methods he has developed are now being used by The World Bank in its Service Delivery Indicators as well as by multiple research groups in India, Indonesia, South Africa, Kenya, Senegal and Tanzania. His research has shown how government can use information, funding and training programs to improve service delivery for the poor. His evaluations with multiple co-authors has led to the widespread adoption of a training program for informal providers (in West Bengal), health facility inspections (in Kenya) and networks for private sector providers (in India). He was also part of the team that developed India’s federal inpatient health insurance scheme, the RSBY, which reached 150 million people in 2016. 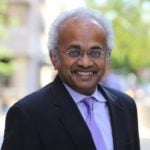 Shanta Devarajan has previously served as the Senior Director for Development Economics (DEC) at the World Bank, and as the Chief Economist of the World Bank’s Middle East and North Africa Region. He has been a Principal Economist and Research Manager for Public Economics in the Development Research Group, and the Chief Economist of the Human Development Network, the South Asia Region and Africa Region. He was a director of the World Development Report 2004, Making Services Work for Poor People. Before 1991, he was on the faculty of Harvard University’s John F. Kennedy School of Government. A member of the Overseas Development Institute’s Board of Trustees, and the author or co-author of more than 100 publications, Mr. Devarajan’s research covers public economics, trade policy, natural resources and the environment, and general equilibrium modeling of developing countries. Born in Sri Lanka, Mr. Devarajan received his B.A. in mathematics from Princeton University and his Ph.D. in economics from the University of California, Berkeley. 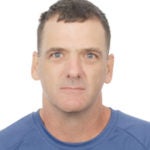 Billy Jack is Vice Provost for Research, Professor of Economics, and co-director of gui²de. Previously he held positions on the Joint Committee on Taxation of the US Congress, the IMF, the Australian National University, and the University of Sydney. He holds a BSc in mathematics and physics from the University of Western Australia, and an MPhil and DPhil in Economics from Oxford University, where he was a Rhodes Scholar.